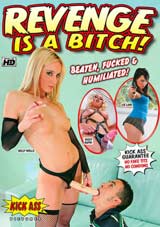 Congressman Mark Galifiore was responsible for sending troops to fight overseas, and one of them happened to be Lie Lani’s boyfriend. The conflict had extended and so had the deployment of Lie Lani’s boyfriend, leaving her increasingly sexually frustrated. Her mind was clouded by horniness and anger when Lie Lani snuck into the congressman’s office with the goal of making him pay for her suffering.